This was a big week for our family. We accepted an offer on our 1900 square-foot house and signed a lease to move into an 1166 square-foot apartment! We’ve been planning on downsizing for some time and are excited to finally be there. One of the biggest surprises we had in this process was how hard it is to find smaller places to live in our area, especially as a family of five.

Why We Want To Live Small

As we remodeled and updated our house over the last years, we came to recognize that we were perfectly happy living in a smaller space. As a result, we’ve spent much of the last two years living in half of our house.

By living smaller, we can improve our financial situation, reduce our environmental impact, and save time by having less to clean and maintain. We’ve found that living smaller takes a huge weight of burden off of our shoulders and allows us to better focus our time and money on the things that we deeply value: our faith, our family, and our personal growth.

We’ve been discussing downsizing for some time, looking primarily at options in our current town (a suburb of Madison, Wisconsin). We’ve got a strong connection to our church, amazing friends, and great schools.

We’ve looked at three different routes to live smaller - living in a tiny house (on wheels), building a small house, or renting a small apartment. In each of these, we encountered significant barriers to actually following through. Here’s what we learned and how we finally found a way to live smaller without leaving our town.

It’s Hard to Build and Place a Tiny House 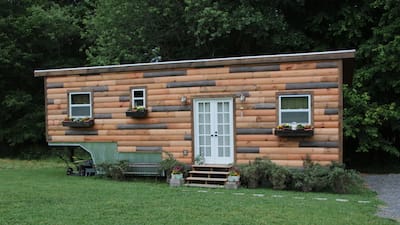 The growing interest of tiny houses should be evident from the popularity of shows like Tiny House Nation and Tiny House Hunters. That said, building codes and zoning restrictions haven’t caught up in most places in the United States to make building a tiny house on wheels a viable living option.

Zoning ordinances in our town define a minimum dwelling size of 24 feet by 40 feet (960 square feet), which means a tiny house definitely can’t be a dwelling here. Tiny houses typically have a maximum width of 8 feet 6 inches. In addition, dwellings are required to have a permanent, continuous foundation compliant with the Wisconsin uniform dwelling code.

To get around these constraints, many tiny-house dwellers have their homes classified as RVs and park and live in an RV park. Alas, we have no RV park in our little suburb and so, we are out of luck.

The rules around living in a tiny house and parking elsewhere (a plot of land, a backyard, etc) are a bit fuzzy, but the general sense is that all it takes is one complaint from the neighbors and you might be forced to vacate.

Given my general distaste for the thought of being homeless, we have to rule out the concept of a tiny house on wheels for now.

There has been some recent good news on the tiny house building code front - In December of 2016, the International Code Council approved Appendix V to the International Building Code, which describes building requirements for tiny houses! Before you go out and start designing your own tiny home, keep in mind that it’ll take time before states adopt the annex and that local zoning laws may still be an issue. 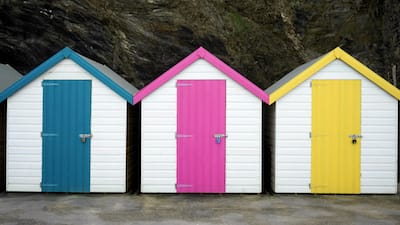 So, I’ve already determined that our local zoning sets a minimum of 960 square feet for dwellings in our suburb. We think we could get by with much less, but let’s say we wanted to get something around that size. If we open ourselves to a permanent, foundation-build house, how low can we actually go in pursuit of minimum square footage?

Beyond the zoning and building codes, there’s another barrier that prevents building small: deed restrictions. These are contractual agreements placed on the deed of a plot of land with requirements for usage of the land.

In short, these set building height, architectural standards, roof pitch, fences, pools, and all sorts of other details about what can be built (and how it is built).

An incredibly common restriction for these documents is minimum square footage.

I went through the deed restrictions for the major subdivisions in our town (it sounded like a fun thing to do on a Saturday night after everyone else was asleep) and here’s the progression I saw over time: 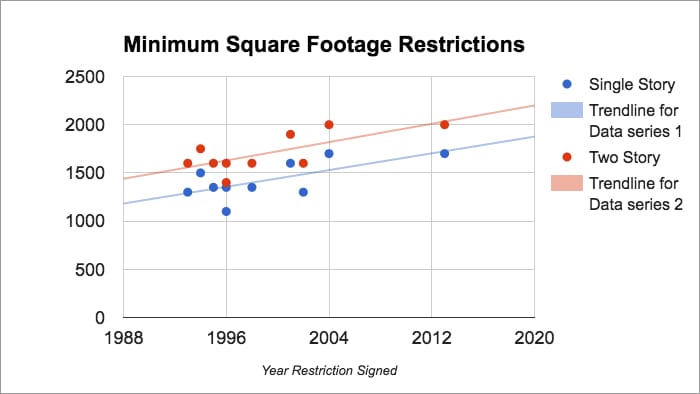 It’s no wonder the average home size in the United States has increased by 1000 square feet since 1973 - developers are building the size increase right into the deed restrictions!

We shouldn’t be surprised by this though. Adjusted for inflation, the cost per square foot of houses has been relatively stagnant over the last 40 years. If you’re a developer and you want to increase your revenue, your only options are to build more homes or build bigger homes. If you’ve got the ability to mandate bigger homes through deed restrictions, why wouldn’t you?

So, even though our city would allow us to build a 960 square-foot home, there’s only one subdivision that would let us build anywhere close (1100 square feet) and that subdivision is so old all the lots are taken. If we want to build in any of the current lots, we’d be forced to build a house that’s at least 1700 square feet on the first floor!

When you take basement space into account, the smallest house we’d be allowed to build in our suburb would be even bigger than the house we’re currently in. 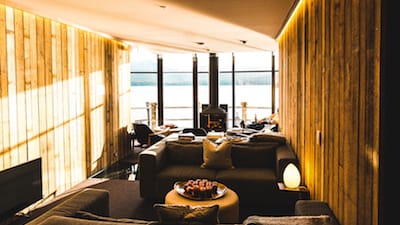 With tiny houses on wheels and small foundation-build houses falling through, our next option was to look at renting in a multi-unit building.

We were optimistic this would be our solution so, as we got our house listed, we started searching for apartments in the area.

We were pleasantly surprised to find a number of two-bedroom apartments in the 1100-1200 square-foot range. Our three girls share a bedroom, so we started making phone calls to landlords.

We got rejected by one after another based on two simple words: Maximum Occupancy

By federal law, landlords are not allowed to discriminate against renters based on being a part of a protected class - one of which is “family status”. In theory, this means that a landlord can’t refuse to rent to you because you’re pregnant or have kids.

A family with “too many” people may be turned away if a reasonable government requirement limits the number of occupants for the dwelling unit.

In general, guidelines from the Department of Housing and Urban Development (HUD) state that “2 people per bedroom” is the standard assumption. As a family of five, this puts us in a tough spot when we are looking for a two-bedroom apartment.

HUD also considers the size of bedrooms, configuration of the unit, and other physical limitations of housing for fair housing complaints, but there’s no black-and-white rule that will let you know ahead of time whether a landlord will accept your application (or whether they have to).

Landlords have no legal obligation to even consider us for a two-bedroom place and they can use this to “encourage” us to look at their pricier 3-4 bedroom units instead.

As a result, we were turned down for four different two-bedroom units before we finally found a landlord that thought we were a good fit. It may have helped that they got a chance to see my credit score before deciding on us - knowing we’ve got a really solid track record of paying our bills certainly couldn’t have hurt!

We were able to find a place that met our downsizing goals while still being in our current city, but it certainly wasn’t easy. I’d even go as far as to say that there was a bit of luck involved.

Why This Sucks for Society

What would we have done if we hadn’t been able to find something? Move to a different town? Stick it out in our current, oversized house?

Keep in mind, in 1950, the average new build home size was 983 square feet. Contrast that with our town today - we can’t find a single place that size!

The fact that it was so difficult to find a place we could live in with less than 1200 square feet indicates a sad state of affairs:

We’re putting people in a position where they are incentivized to violate building codes, deed restrictions, or lie about the number of kids they have.

Shouldn’t we want people to have the freedom to live smaller without being considered outlaws? (Tweet this )

Finding Other Ways to Live Small

This isn’t the end of our story. In about a year, we’ll be considering whether to renew the lease in our 2-bedroom apartment. If the things above haven’t changed, we’ll be back in the same boat in considering our options.

If we choose to leave the apartment but want to stay in our city, we’ll need to consider other options:

Do you think that the current systems are restricting the freedom to choose where you want to live? Many of these were added with the intention to protect individuals and businesses but maybe there’s a better way. What are your suggestions?