We are so excited to introduce you to Kyle from Not Your Parents’ Financial Guy. A few years ago he found himself laid off with only a few thousand dollars to his name. What’s a guy to do? He moved halfway around the world from Chicago, USA to Sydney, Australia with his girlfriend. How did he take the leap to following his dream? Kyle shares his backstory, strategy for moving, life in Australia, and what’s next on his amazing journey.

My life was fairly normal but I have always been the type of person who wanted more. I grew up in the suburbs of Chicago, went to college in Illinois, then moved to the city after graduation. I held jobs in engineering and sales but was always excited about doing something more interesting or moving to a beach town. I studied abroad in college and traveled a lot with my family as a kid so I had seen what else was out there, I just wanted to experience more of it.

Ever since I studied abroad in Australia back in college, I always told myself I wanted to go back. My girlfriend and I talked about how we wanted to move there, but most of our friends and family didn’t really take it seriously. Where we are from, people went to college, moved to the city then moved to the suburbs when they decided to start a family. We didn’t know how we would move to Australia or what we would do once we got there, but it was a dream of ours anyways.

What was the catalyst to pursuing this dream?

I was laid off from my job in 2015 and was at a bit of turning point. I didn’t know what I wanted to do next and was not feeling inspired about just getting any job in Chicago to continue on as I was. It was also one of the worst winters in recent history (sub-zero temperatures and record snowfall) so we were ready to move somewhere warm. My girlfriend Lauren and I just decided we were going to do it. We bought one-way tickets, applied for 1-year work visas and then decided we would figure everything else out over the next few months before we left. 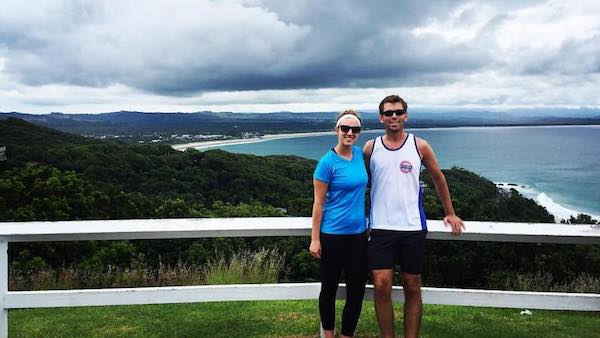 We decided to move in April 2015, but we weren’t going to leave until September because of Lauren’s job, weddings and a few family events. The biggest issue to deal with was money. Since I was laid off from my job, I had to figure out a way to generate income for the next 5 months and not many employers will hire you for a such a short time.

My solution to this was to ask myself what I’m good at and start charging for it, which is how I started working for myself as a math and science tutor. From this side hustle, I was able to make about $1,000-$1,500/month tutoring high school and college students in math, physics, chemistry and ACT/SAT prep.

It wasn’t much, but I was able to get by, and I also rented out my condo to a family friend and moved in with my parents for a few months to cut costs. Most people would never want to move back in with their parents, but I had a goal I was working towards so I didn’t even think twice about it. And living with my parents was actually kind of awesome. Home cooked meals, mom doing my laundry, it was great :)

Obviously I was stressed about money at first, but once I started making money from tutoring and found someone to rent out my condo, things got a lot easier. And then moving across the world is no easy task. People imagine moving to a beach location as an easy and fun adventure, but when you get there, you don’t know anyone, don’t have any friends, don’t know where to live, etc. It’s tough to create a new life somewhere far away from home, and we really had to put ourselves out there in order to make new friends and a life for ourselves.

Luckily, Sydney has a large community of foreigners who are all looking to connect, so I joined a fitness bootcamp for international ex-pats and went to a few other Meetups where I made a lot of new friends. I was based at home for work, but Lauren made plenty of friends with her new coworkers. It simply just took some effort on our part to introduce ourselves to new people.

We lived in an Airbnb for the first week while we looked for an apartment, which was luckily a quick process. Sydney is a popular city so apartment hunting is competitive, but we used a few different websites like realestate.com.au and Gumtree to find apartment listings and meet with agents. We were moved into our place in Bondi Beach within a week.

Things like opening a bank account, getting a cell phone plan or finding furniture for our apartment were all items that we just dealt with once we arrived. You could spend hours researching this stuff online, but you will get better answers by having a 5 minute conversation with your cab driver from the airport. Once you arrive, things tend to fall into place.

How did your dream evolve or change as you worked towards you goal?

Well, in the beginning, neither Lauren or I had a job lined up when we decided to make the move. Australia has a skills shortage for people with college degrees in technical fields, so we figured we could find jobs when we got there.

However, Lauren simply asked her current employer at the time for a transfer and was ended up given a position, even after she was told no a few times. Then I had a former employer reach out to me asking if I would be interested in coming back to work for them. I told them I was moving to Sydney, they said they had an opening there, the rest was history. We both ended up having jobs lined up before we left. Sometimes you just need to be brave and ask for what you want. 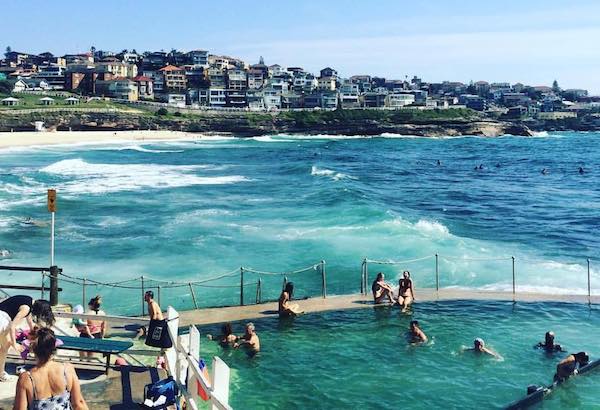 To be honest, on a day-to-day basis our lives are only slightly different. We go to work during the week and spend time with our friends on the weekends. But it’s the little things that really make a difference. We can go for walks on the beach whenever we want, we don’t have to deal with cold and miserable winters and the Aussie work-life balance is a lot better. People really enjoy not working too hard or taking themselves too seriously. Also, it’s just great to know how adaptable we are, and that we can handle any changes that come our way.

I’d say the biggest thing would be to not take it so seriously. We completely overpacked our suitcases and really stressed ourselves out trying to find an apartment once we got there. I would’ve enjoyed the early days more and spent more time treating it like a vacation or adventure at first and not rush to settle into everyday life. Everything will work out fine so just enjoy the opportunity you get to make a big move.

I’ve had a few friends from Sydney who wanted to make big moves of their own (one friend went to Berlin and another to London). The one thing I would say is just buy the plane ticket. Once that’s done you’ll find a way to make the rest of it work. 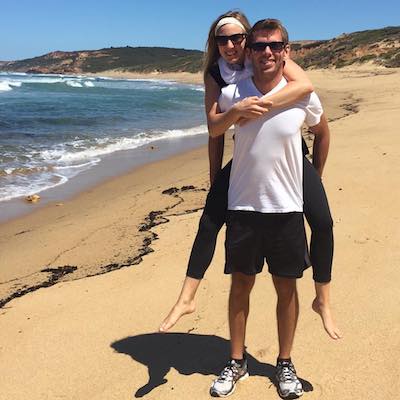 We’ve lived in Sydney for just over 2 years now, and we think it’s time to move on. We’re a long way from home, and we don’t want to miss (or have to buy expensive flights to make it to) big life events with friends and family. But before we move back to the U.S., we’re going to take a 6+ month mini-retirement to backpack around the world, starting in Southeast Asia and working our way up through Europe and finishing in London. We’ve already worked out a budget and saved up enough money to fund the trip. Most people have no idea how affordable it is travel the world if you’re willing to make a few sacrifices.

Once we left the U.S. we realized how common it is for Australians, Europeans and people of other nationalities to travel the world for long periods of time. It’s common for many Australians and Europeans to go on gap year trips when they’re only 18 years old!

We’ve met so many people who have shared their stories and strategies for traveling the world on budget. We have one friend who traveled for 9 months living on only $1,000/month while going through Southeast Asia, the Middle East and Europe. So we took in all the advice we could and have come up with a general itinerary, saved enough money (About $20,000) and now are just completing our work obligations while enjoying one last summer in Australia.

In May 2018, we’ll sell our possessions, move out of our apartment and take a one-way flight to Indonesia where we’ll start our adventure.

Thank you to Kyle for sharing his story. We love the side hustle and the fact that he bought a plane ticket with the confidence that the rest will work out. We wish him and Lauren the best and an amazing next adventure! We can’t wait to hear all about the mini-retirement once they are back in the States!