We are excited to introduce you to Jason from Winning Personal Finance. Living it up in New York City sounds amazing, until it doesn’t. What if the city life you loved left you feeling empty and missing out on what you felt was truly important? Jason and his wife found themselves in this situation and decided to take a chance on a different life path.

When you read as much personal finance content as I do, you find some incredible stories. I consider myself The World’s Least Fascinating Personal Finance Blogger. I’m a regular guy who is passionate about helping people with money and related topics.

My wife and I have been together since high school. We both ended up with good corporate jobs in New York City out of college and started working our way up the ladder.

For about eight years, we lived in a young and upper class urban area about a 15-minute train ride from Manhattan. For the first 5, we resided in a tiny condo that I regret purchasing.

Our careers and paychecks grew over time. This led to some lifestyle inflation, including moving to a luxury rental apartment. We loved going out to eat and drink in our town or in NYC. While we both like to cook, long hours at work left us eating out more than in. We were the classic yuppie Dual Income No Kids (DINKs) couple.Travel was important to us, so we took some incredible vacations to places like Costa Rica, Hawaii and Switzerland.

What was the catalyst to pursuing your freedom dream?

Our first son was born in 2014. We were fortunate enough for my wife to stay home on a (mostly) paid maternity leave for six months. It was her first time away from her job since graduating college and it was great.

Then she had to go back. At times her hours were INSANE. Looking back on it, the crazy hours were no different than the prior year. The difference was, this time she was going days at a time without seeing our son awake. There were times when I felt like a single parent because my wife was always at work!

Besides the work stress, with our son being in daycare, he came home sick ALL the time. He shared those germs with us and our extended family. We became the doctor’s best customers, using more sick days at work in a year than we had ever used in our lives.

The straw that broke the camel’s back for me came on a ski vacation that we had planned about a year in advance. My son had a cold the week before the trip and we were afraid he was not going to be healthy enough to travel.

He recovered in time for the flight and we went. The next day, my wife ended up coming down with an awful flu. She was miserable the entire vacation.This was the second trip that year that was ruined due to illness. What good is working hard so you can take a nice vacation and then not be able to enjoy it?

After that trip, we looked at each other and realized there had to be a better way. Sure, our combined income was nice. The problem was there was very little balance.

We were not getting as much quality time with our son as we wanted. Our housing and daycare was very expensive. We couldn’t move to a less expensive area without being further from work and giving up even more family time. We were sick all the time and not even able to enjoy our vacations. It didn’t seem worth it.

I distinctly remember watching my son’s first steps. He walked between two teachers in his school. I saw it through the window outside his daycare as I was about to pick him up. It was sad to me that those steps did not come between his parents.

Our freedom dream was to have Mrs. WPF stay home and raise our son. Doing so would fix the daycare issue and get rid of her crazy work schedule.

Once the light bulb went off, I started working on a budget to see if we could live on one income. To pull it off, we would have to move. The town we lived in was very expensive due to its proximity to NYC.

With only one of us now needing to get to the city, relocation was an option. I spoke to a friend to help estimate home ownership costs that were foreign to me as an urban apartment dweller. The rest of the budget was easy to figure out.

To pull it off, some significant changes were going to be necessary. We needed to cut most of our eating out, take less expensive vacations and eliminate unnecessary shopping. You can read all the details on how we cut our budget to afford this change.

We had two financial goals in our new budget.

We decided to make this change around April 2015. Our goal was to buy a house in Q4 2015 and have Mrs. WPF leave her job effective January 2016. This timing would maximize the financial incentives she received from work.

It’s terrifying to walk away from a job with no replacement. Mrs. WPF is a successful businesswoman. Before having children, the thought of her being a stay at home mom had never crossed either of our minds. Now, we were talking about not only giving up her income but also stalling her career. We did not make this decision lightly.

The other challenge was we were planning on cutting our expenses almost in half. Sure, it looked OK on paper but we weren’t sure what it would be like living on less in real life until we tried it.

How did your dream evolve or change as you worked towards your goal?

I’m not sure the dream ever changed from when we first formed it. It did evolve as we made progress. For example, we knew we were moving to the suburbs but had no idea which one. We were working with two realtors that covered completely different large areas. Once we found our house, the timing and details became clear.

Shopping for a house using a budget of about 65% of what you had initially planned to spend, can be a bit frustrating. We kept our sights set on our dream and finally found a house that met our needs. 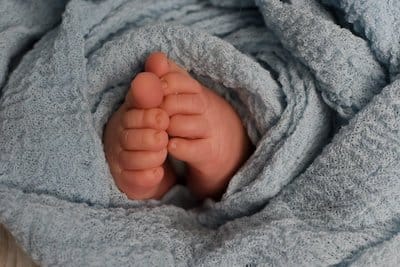 The biggest change is that we have added to our family. Our second son was born this year. It’s really nice to know that he won’t have to go through the same daycare frustrations we had the first time around.

It’s been amazing to have my wife home raising our children. I don’t think she misses the corporate world much. She’s able to get most of the errands out of the way during the week now, which leaves our weekends open for quality time. If we were both still working, “getting stuff done” would take over most of our weekends.

One surprise side effect of the change for me was how stressed I became as the sole breadwinner. We went from a two “healthy” income family feeding two mouths to a one income family feeding three and now four. This new pressure and responsibility caused some unexpected stress. It drove me to further optimize my finances and led me to the Financial Independence community.

I wish we had gotten down to our current spending levels for a few years when we had two incomes. If we had, this may be a post about both of us retiring early instead of becoming a one income family. Once we decided to make this change, we handled it pretty well. I have no regrets on the path we took.

I’d tell them that anything is possible. The hardest part is to define a dream. Once you know what it is, focus on your priorities and make it happen. 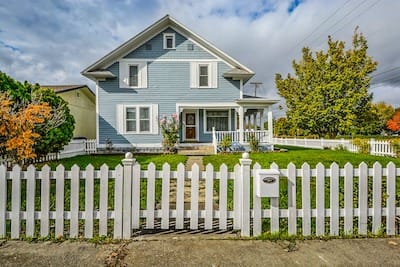 Remember when I mentioned finding the personal finance community? Well it led me to the formula for financial independence (FI). Looking at that formula helped me realize that after this drastic reduction in expenses, the savings we have gets us pretty close to FI.

If I continue to earn decent raises and save 50% of them, we could get to FI when I’m about 45 based on our current spending. That may not be front page worthy but it’s not too bad.

Somewhere on this winding path, I became aware of another passion that I’ve alway had. Until now I’ve taken the path of least resistance and not pursued it. It is to help others with personal finance. Many people want to achieve FI so they can sit on a beach somewhere. I want to reach financial independence as quickly as possible so I can use my time to help others do the same. I’d also like to go ski a few mid-week powder days!

I’m trying to kill two birds with one stone on this one. I set up Winning Personal Finance to share my thoughts on personal finance topics. I hope that whoever reads my content can use it to improve their own finances. In the long run, I’d like to use the site as a platform to offer some personal finance coaching.

For now, this site is a side hustle helping me achieve FI. At least it will be a side hustle if I can monetize it. Eventually, I expect the site and coaching will become a second career for me.

Since having a full-time job and a blog don’t keep me busy enough, I’m planning to pursue a CFP certification. Studying for the exam actually seems both educational and fun (yes I know, I’m weird). I also think it will legitimize my future coaching business.

Thank you to Jason for sharing his story about wishing they had more time for their kids. Becoming a single income family is a big deal and a big change and we are so glad they found a way to make it work! We wish him and his family the best and look forward to seeing Jason’s financial coaching take off!