We are excited to share a freedom story from Physician on Fire. PoF works tirelessly as an anesthesiologist. While he loves his job he wished for more vacation time. I think we can all relate to this. Paid vacation time can be used up pretty fast. PoF figured out a way to adjust his schedule to allow for more time away. His freedom story is full of trade-offs. Would you consider doing the same thing so you could enjoy more time away?

For the first eight or nine years of my career as an anesthesiologist, I was your typical hungry, hard-working young physician. I opted in to work extra weekends for additional pay, and I sometimes worked locum tenens jobs on my weeks off.

Most of our vacations were your standard one-week trips with two of the seven days devoted to travel. See and do as much as possible in a short time span. Sometimes we’d take our boys; other times our grandparents would volunteer to care for them while we escaped for a couples getaway.

We were putting away plenty of money on one income, and at one point I realized that we’d probably be worth many millions someday if we kept up that pace.

Eventually, we realized that we wouldn’t need too many millions and that time was a more valuable resource. It took me a couple years from the time we realized we had reached financial independence to the day we decided to pull that FI lever and do something with it.

I have not once been on vacation and wished it would end sooner. I’ve never been hiking in the rainforest or snorkeling in crystal blue waters and daydreamed of turning the dials on the anesthesia machine. The opposite is definitely true, though.

The Freedom Dream was to start to work less and travel more. I figured if I could work out a favorable schedule, we could start taking family trips of three weeks or more at a time.

What was the catalyst to pursuing this dream?

Earlier this year, we took advantage of great airfare to Europe take our boys on a Spring Break trip to Europe. We spent six days in Paris and two days in Iceland. Every day was action-packed. We had fun, we saw a lot, and we spent a fair amount.

I realized later how much better it would have been to have gone sightseeing every other day, saving money by staying a little further from the city center, and stretching the trip out over a longer period of time. We could probably have stayed two to three times longer without spending much more while having the time to get to know and appreciate our new surroundings more deeply. 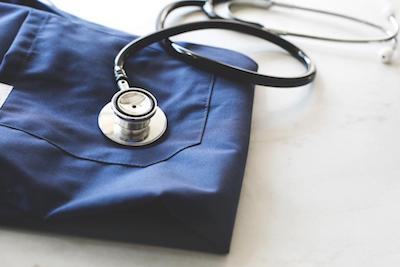 Around the same time as that vacation, I had been talking with one of my colleagues about a potential part-time option, and I decided it would work out best for us if I could squeeze all of my clinical shifts into as short a time period as possible.

Once the rest of my partners were on board with the idea and administration gave approval, I started the new schedule, saying So Long to Full Time Employment.

Now, I work one really busy week in which I’m on duty for more than 100 hours. Some of that is overnight call taken from home. It’s not an easy week to get through, but I’m rewarded with three or four weeks off between those weeks.

What challenges did you face with work?

Once it became known that I was dropping to part-time (as a 41-year old), there was chatter at work at the possibility of my pending retirement. This part-time schedule was proposed as a somewhat temporary arrangement. My colleagues weren’t going to work a bit extra (10% each to allow for my 40% reduction) indefinitely.

I mostly brush it off and give aloof answers, but for the first time, I’ve had to openly discuss the possibility of a very early retirement. I’m still anonymous with my blog at this point, so any talk of retirement comes as a real surprise around the hospital.

What challenges did you face at home?

Another potential challenge was the fact that our boys are enrolled in a great public school, and we didn’t want to give that up and homeschool full-time. School districts often have truancy rules that would make our dream next to impossible.

When we were in the planning stages of this new schedule, we met with the principal and described what we wanted to do. We emphasized that we wouldn’t just be vacationing the whole time we were away, but would incorporate educational activities and keep up with any schoolwork while away.

The principal (and our boys’ teachers) were excited for us and were fully supportive of the idea. It helps that they’re currently in 2nd and 3rd grade. It would admittedly be more challenging to pull this off in middle school or high school.

What is your life like now? What have you learned or been surprised by since reaching this dream? 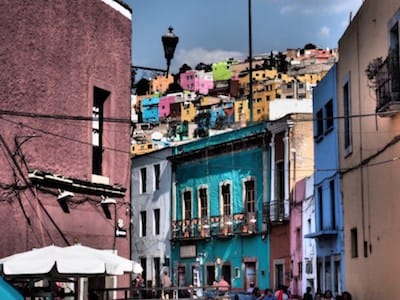 I started my new schedule in October of 2017. I was busy with two conferences in October. We took our first big family trip in November, spending three glorious weeks in Guanajuato, Mexico. We did school work (and blog work) in the morning, attended Spanish language classes after that. We had our afternoons and evenings free to explore Mexico’s most beautiful city and surrounding areas. We spent all or our time together as a family, and it was wonderful.

On the work side of things, I now work a very busy week with about 40 hours in four days at a day surgery center followed or preceded by a 72-hour weekend on call for the hospital. Some of that will be spent on call from home, but it makes for a loooooong week.

I can’t complain, though. That schedule qualifies as a 0.6 FTE, and I still have full benefits, including the 401(k) match, profit sharing, and health insurance.

It’s not exactly a mini-retirement like Chris and Jaime are taking, but more like a series of “micro-retirements” of three to five weeks at a time. We have plans to spend several weeks each in Hawaii and Ecuador later this winter and spring, and we’ll be going to Peru for a medical mission trip in July.

I’ve got no major regrets. If I could do anything differently, I would have started the discussion sooner. It would have been nice to have had more time off last summer. My wife and boys spend most of the summer at our cabin close to her family, which is over 500 miles from where we live and I work.

I take that no-regret back. I regret not buying a handful of Bitcoins when they were going for $1 apiece or mining them for free in my spare time. Although if I had, I doubt I would have held on this long to see them valued at over $17,000 or whatever the price is at this particular minute.

First, save up some money. You may be able to work part-time from day one, but you’ll be in much better shape to afford to work less if you have made significant progress towards becoming financially independent (FI).

Note that you do not have to be standing triumphantly atop the FI mountain, but you should be somewhere beyond base camp before cutting way back on your workload.

Also, many people will assume that such an option isn’t available for them. I suggest thinking outside the box. Until you ask and explore, you don’t truly know your options.

The ideal part-time position may require you to change jobs, or even move or transition exclusively to working as a temp or consultant. It may require sacrifice, but I’ll bet there’s a way to make it happen.

Well, it’s never been a dream, exactly, but the inevitable next step will be full retirement from clinical medicine. When I’m away from work for weeks at a time, I can’t say that I miss it, but when I come back to put in my time, I think about how strange it would be to give up anesthesia entirely.

Unlike some other physicians, I don’t believe my identity is defined by my career. It won’t be the easiest thing I’ve ever done, but I think I can walk away from my medical career without suffering an identity crisis.

Well, I was financially independent before starting my blog about two years ago, and we’ve recently crossed the mark of what I define as financial freedom – the ability to double discretionary expenses without losing FI status.

The hospital has hired another anesthesiologist who will presumably be my replacement unless the staffing needs change in the 18 months between now and when our new hire finishes residency.

Financially, we’re all set. I think I’ll be psychologically ready by then, too. Time will tell.

Thank you to Physician on Fire for sharing his story. Life is full of trade-offs - working crazy hours one week in order to take multiples week off at a time is a great example! We love the micro retirement concept (Chris may even consider this in the future!) and that they were able to work with their boys’ school in order to make their dream a reality. We wish PoF and his family the best while vacationing and taking steps towards full retirement!