I have a lot of respect and gratitude for the men and women who serve our country. I can also only imagine how hard the transition from military to civilian life can be! That’s why I’m so excited to share Rocky’s success story with you! 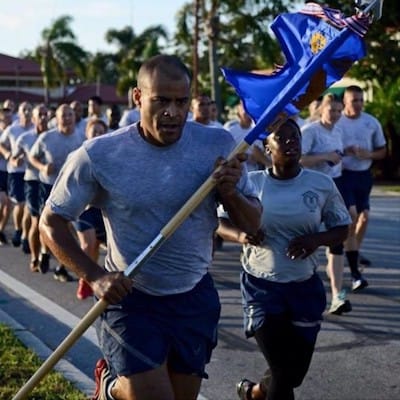 After high school, I did what most people do - go to college. This path became a dead end for me pretty quickly though. I had a student loan that wanted me to pay it back before attending my next semester. I was barely making above minimum wage at Target, so dropping out of college became necessary. A series of short lived jobs and being kicked out of living situations soon followed. Life was rocky!

Luckily, a friend of mine was joining the Navy around that time and invited me to come check out the recruiter with him. I ended up taking the Armed Services Vocational Aptitude Battery (ASVAB) test to see what jobs I qualified for. And with the support of my mom, long time friend, and uncle I enlisted in the United States Air Force in 2005 (19 years old) completely unaware of what to expect!

The next 11 years changed my life. Before joining the military, I was likely headed towards a life of crime or vagrancy. I had barely graduated high school and had been kicked out of the place I was living. With no career prospects, I was going be be homeless and had no vision for my future. When I joined the Air Force, its because I saw no other option that wouldn’t end with me in a small box with bars. My 11 years with the military helped me grow into the responsible, persistent, and strong person I am today.

My plan was to stay in the Air Force for 20 years, becoming retirement eligible at the age of 39. Though, as I neared my mid 20’s, I began to find myself mentally detaching from my uniform. The Air Force is a lifestyle and you are either all in or doing a disservice to your country and fellow airmen. I knew that it was time for me to start thinking about life outside of the military. 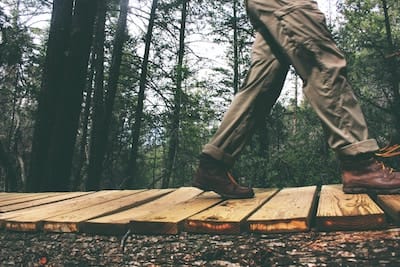 I was eight years into my service with three more years until I would be eligible to exit. I knew I had to spend my personal hours during the next three years preparing for civilian life. I decided to study the civilian job market, get my degree, get my finances in order, and eventually grow a sweet beard!

I needed to know what the world outside those military gates was looking for in an employee and become that. I took classes online to finish my Bachelor’s Degree in Business Administration with a double minor in Project Management and Finance.

That minor actually extended my program by several classes. I had previous college credits that had to be disqualified to pursue those extra classes. This is sort of a theme for my freedom plan - not taking the shortest or easiest path but the path that provided me with the highest chance of success. Just like these choices:

In my final year of service, I spent the first seven months deployed to the Middle East. This gave me the time to gain perspective on what was to come and a chance to supercharge my finances. I improved my credit score, learned about personal finance basics, and prepared for the transition.

Life in the military is strange. You are filled with a great sense of pride as you know your actions are part of something larger. But at the same time you defend freedom, you have your freedom stripped away - where to live, what job you can do, how high up you can go, how much money you can make.

I was grateful for my time in the Air Force, but I was ready to experience a new freedom. I left the service at the end of 2015 and crossed into the great unknown. 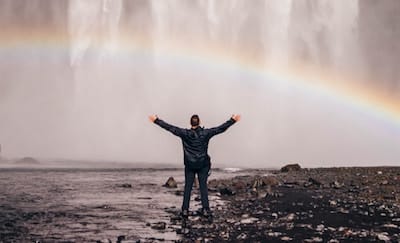 My life now is more in line with what I had hoped it would be. I am free to choose where I want to live, what type of position I want to be in, and what type of company I work for. My career journey after leaving the military wasn’t wasn’t an easy transition, but I was confident in my choice.

My first civilian job out of the military was a temporary position with a pay cut and regression in role and responsibility. Thankfully, this position did give me an opportunity to get a new security clearance! This was a huge win for me as they paid for the new clearance.

Several months later, a company I had applied with before I left service came calling. Luckily, I had just had my security clearance renewed (or I wouldn’t have been eligible for the job). I was eager for the raise this position guaranteed, but I knew what the position and I were worth. I channeled my patience and persistence to negotiate a 32% raise from my current positions pay. Guess what happened next?

I HATED that job! You ever have the feeling that your boss is looking over your shoulder? Well this was literally happening to me every day. The person I was hired to support sat immediately behind me in a low walled cubicle farm. The work was unfulfilling and because I was a contractor (not full time employee) I was not eligible for some benefits - including the respect of many peers.

I was extremely disheartened. I had done what I thought I had wanted and gotten a fairly high paying job and I was miserable. I hated going to work everyday and saw no future in what I was doing. Was this really what I had left the service for? I began to look for other jobs, but the well appeared to be dry.

One day I received a LinkedIn message from a recruiter who thought I might be a good fit for a position one of his clients had. We set up a pre-interview call and I nervously researched the company. Was this going to be another false start?

We had a twenty minute call on my lunch break that left me feeling optimistic. The recruiter called me the next day to set up an in-person interview. I researched the company and the questions I had been asked on the phone call to make sure I was prepared.

I went into the interview confident but nervous. If this position was what I had been hoping for I needed to make sure I didn’t blow it. My notes saved me more than a few times and I left the interview feeling it went well but not sure. A few hours later I had a job offer. Again, I knew what the position and I were worth so I attempted to negotiate a higher salary. This time I was unsuccessful. However, as a counter offer they doubled the sign on bonus! I gladly accepted and I smiled the rest of the day from ear to ear.

I am still in that job today and it has been exactly what I was looking for at this stage of my career. I am well paid, have good benefits, work for a company that cares about my wellbeing, and respects my input! 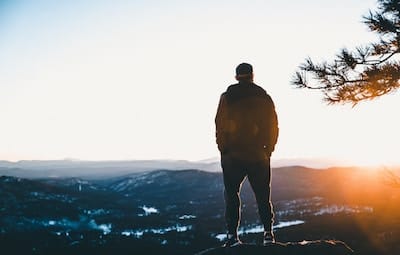 My next freedom dream is to become a full time entrepreneur or move into management of a company. While these seem like contradicting goals they really aren’t. Executives need to have an entrepreneurial mind. Sharpening this skill set will help either way - in my own business endeavors or within a company’s.

I will finish my MBA next month and will seek my PMP soon thereafter. I have created several side streams of income - freelance writing, wholesale FBA, sneaker flipping, and house hacking - that I can grow into businesses. I also have a large business idea that I plan to launch late this year. The future’s looking bright and I plan to continue to approach my goals with research, action, and perseverance.

Create Your Own Freedom Too 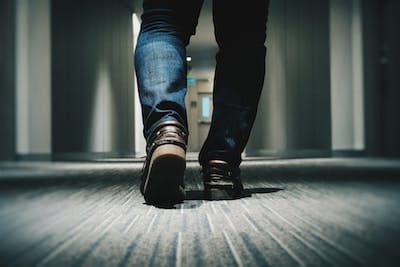 My first piece of advice to a military member or anyone seeking to switch career paths is try not to cut off an income stream where possible. In most cases this will mean staying with your current job while you are attempting to secure a new job.

In my case, I was on terminal leave for three months, enabling me to earn my military paycheck and a civilian one at the same time. This turned out to be the right choice as the temporary position led to a permanent one with a pay bump and a different title. The most important pieces of advice I could give to someone looking to make a career change are:

Thank you to Rocky for sharing his story! We love that he persevered in following his dream and always stood up for what he believed he was worth! We can’t wait to see what he will be launching at the end of the year! You can find Rocky on his blog, 30and0