A few months ago, my wife and I took a trip to Portland, Oregon. To keep costs down, we took the light rail from the airport all the way out to our hotel in Orenco Station. At $2.50 each for a 2.5-hour ticket, it seemed like an awesome deal. When we arrived at our hotel, the receptionist asked how our trip had gone. When we told her we took the light rail, she had an unexpected response.

By her reaction, we were lucky to have made it all the way without getting assaulted or robbed. We hadn’t even considered that the light rail might be “unsafe”. It seemed like a reasonable way to avoid renting a car or paying for an $85 cab ride.

When our time in Orenco Station was over, we “toughed it out” and rode the light-rail back. We made our whole trip car-free and saved $160 in the process. 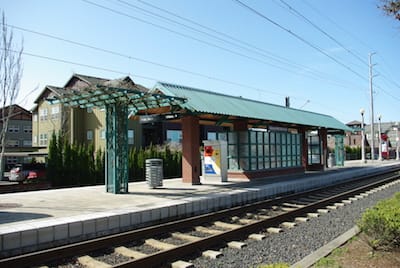 If we had known how the locals felt about riding the light rail through Portland, we might have been scared away. Were we just lucky, or was our ignorance actually an advantage?

When we tell people that all three of our girls share a single bedroom, we get a lot of interesting responses.

Man, they’re really going to want their own rooms when they get older

Don’t you feel like you’re depriving them of their own space?

These days, it seems the assumption that every kid should have their own room. As if it’s somehow “healthier” for them and will make them better, more self-sustaining adults.

But our girls love sharing a room. They don’t feel lonely at night and they have someone to play with when they wake up in the morning. Sure, they have to work through the challenges of sharing space, but this helps them to be better being respectful of each others space and property. They’ve learned valuable conflict resolution skills as a result.

Every once in a while, one of them will declare that they are sick of sharing a room and that they want to move out. When this happens, we support them and get the process rolling. Usually, we don’t even get the pillow and blankets to a new room before they retract their original declaration.

Will this ever change? Maybe. But we’re focused on figuring out how to make this work because we aren’t convinced that giving every child their own bedroom is definitively better for them.

It’s easy to question yourself when everyone around you seems to have an opinion that disagrees with you. But they probably don’t know more than you; your ignorance might actually be your advantage (Tweet this )

Getting Grounded in Common Sense

So, instead of anchoring your decisions to the opinions of those around you, find a new anchor - common sense reasoning.

In a world full of options, everything falls into one of three categories:

I know, I’m knocking your socks off here. While this is incredibly basic, it’s important to go to this level because people often treat the world as black and white. But not everything is either clearly better or clearly worse.

Yes, exercising is clearly better for your health than not. Yes, smoking clearly increases the risk of lung cancer and heart disease. But as much as we humans have discovered, there’s still a whole lot that falls into category 3.

Are kids better off having their own room? I don’t know. And from my searching, neither does anyone else. So without a definitive answer, how do you decide whether to follow the masses or go against the grain?

I’ve found it can be really helpful to broaden your perspective by looking at life in different times and in different places around the world.

Time is On Your Side

I don’t think it’d be fair to describe people in the 1950’s as miserable souls whose only desire was more square footage. 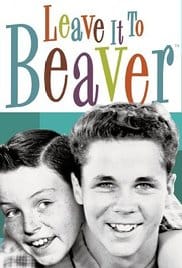 Whenever the data isn’t clear, try to find out how people handled that situation years ago.

Were things effective back then? Is the current solution definitively better, or is everyone just assuming so because that’s all they’ve known?

The Wide World of Possibilities

An alternative to opening your perspective of time is to look at how people live in other locations around the world.

When we talk about downsizing our house, we get raised eyebrows from many of our neighbors in the suburbs. But if we were to talk with families in New York City, we’d probably get a shrug. A family in Tokyo might even tell us that we could go smaller.

There are happy, thriving people all over the world and a good portion of them live very differently than you do. Read up on different cultures. Better yet - go visit and live the lifestyle firsthand.

You might be surprised how different lifestyles can bring you benefits that you wouldn’t have thought were possible.

To get your mind rolling, here are a few examples to ponder:

Does that mean you should ditch your bed, move into a tiny house, and go buy cricket flour? Not necessarily, but you’ve got a better chance of finding your ideal lifestyle when you have a better understanding of the options.

If these fundamentals - sleeping, food, and shelter - can have such variation, then what alternatives can you consider in the other parts of your life?

Whatever life decisions you have to make, it can pay to be ignorant of common practice around you and instead look at the wider world of options. Don’t limit your scope - you just might be surprised what else is out there.

Do you live in a way that seems different than the people around you? Have you learned of any interesting lifestyle differences from trips you’ve taken? Share what you’ve learned!