Andrew, from Shift Upwards, and his wife Annelise inspire me to continue moving forward when unexpected challenges pop up in the middle of working towards your dreams, even if it means a change in taking a different path. Here is their amazing story:

I spent the initial years of my career following a pretty standard path. I graduated with an IT degree in 2004 and immediately went into full time IT consulting. I switched companies a few times over the years and felt lucky to have a stable/well-compensated job.

Around 2008, I started to get the itch to do something else with my life. I was super stressed and burned out at work. Sometimes I didn’t even have an appetite to eat dinner at the end of the day. I was carrying around too much anxiety, but a career change seemed incomprehensible to me.

I had a desire to do something else with my life. I wanted to live and work on my terms - to help others by bringing real value into the world without feeling like a cog in the machine just collecting a paycheck every two weeks. Yet, I had no idea what direction to turn towards in making this a reality.

In 2009, I picked up Tim Ferriss’ book The 4 Hour Work Week and was blown away. I had never been exposed to such radical, outside-the-box thinking with regards to time freedom and independence. By 2011, a little blog called Mr. Money Mustache started circulating the web. Have you heard of it? I was hooked immediately to the idea of financial independence, creating an almost detrimental level of tunnel vision for achieving this new goal. As of early 2012, FI was my mission.

I started planning to just be miserable for the next ten years while I worked to achieve financial independence, but by 2016 I couldn’t stomach it any longer.

In March of 2016, Annelise and I both had really rough weeks at work. We had some deep discussions about both wanting to quit our jobs. As we talked, we came up with the idea of taking a year off to travel the world. We got excited and planned/saved for a year with a scheduled quit date of May 12, 2017. We’d embark on our travel June 1st. 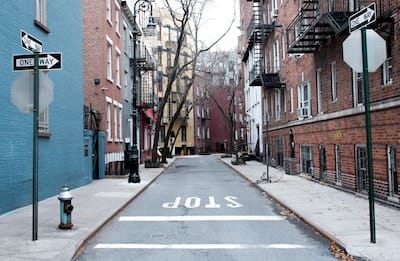 Our plan to quit and travel the world for a year pushed us forward. Everything was coming together as planned, and we were about to give notice at our jobs in April. As it turns out, we were about to enter a new season of our lives; just not the one we were anticipating.

In late March, Annelise was diagnosed with a recurrence of thyroid cancer. She had originally been treated for this in 2015. At that time, she had been cleared by her doctors with assurances that future complications were not likely. Needless to say, this recurrence threw us for a loop and derailed our travel plans.

Annelise had to get a second surgery and follow-up treatments, including radiation therapy. Health insurance became our number one priority, and we put the trip on hold indefinitely. The surgery and treatments went well, and to this day Annelise is feeling great and remains in good health. We both shudder when imagining what would have happened had the health issues sprung up after we left our jobs and gave up health insurance.

While I was thankful for our jobs and health insurance, I was still unhappy at my job. We spent the summer of 2017 thinking about what I should do and ultimately decided it was best for me to leave my job in September. We had each saved up to travel, but life took us in a different direction. I had saved enough to live comfortably for a year, so we decided my savings would be used to fund a mini-retirement. I’d use my time away from work to pursue other interests, and figure out what I wanted to do next.

September 1, 2017 was my last day of work and life has been great. I’ve been able to take the last six months to really experiment with what I want to be doing. I’ve met all sorts of interesting people and been able to do lots of really cool things. I’ve traveled and taken solo retreats to reflect on where I’ve been and where I’m going. I’ve reconnected with old friends. I’ve attended events and meetups to meet like-minded people, and that’s already sprung new friendships. I’ve also had time to dedicate to running and exercise. Sometimes, I have to pinch myself that this is real life! 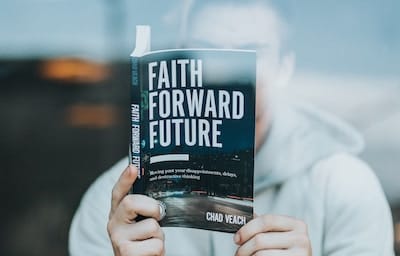 Seeing other people doing incredible things with their lives just by doing simple, smart, and intentional things with their money and lifestyle has been powerful. These people inspire me day in and day out to work on myself, and give me confidence to keep moving forward in taking the risks to be the person I want to be.

I’d always been curious about managing my money, but hadn’t been focused on it early in my adult life. When I started working full time, I had a small amount of student loan debt and was saving a bit, but I wasn’t investing and barely understood how my 401k worked. I read Ramit Sethi’s I Will Teach You To Be Rich and ate it up. It all made so much sense and I started automating my savings and investing.

I also started tracking my spending using Mint. It helped me see where my money was going, make decisions on where I could do better, and understand what I needed to live the lifestyle I want. For example: If I spend X dollars per month and want to take Y months off from work, then I need X times Y in order to feel comfortable quitting my job without anything else lined up. This process created a clear and precise timeline for executing my plans. I sometimes struggle with abstract thinking, but this was as concrete as it gets.

I’ve also learned a lot about myself and how to manage my priorities/expectations during this mini-retirement. I can often be really hard on myself and not slow down to enjoy where I’m at. It can be easy to get stuck in the cycle of comparing yourself to others, especially when in a fluid situation such as the one I’m in now - with pieces still falling into place.

I’m now spending my days writing and focusing on helping others like me learn personal finance through one-on-one coaching and education. Some days are better than others, but with Annelise’s love and support I’m putting myself out there, testing/piloting, and iterating on what I learn. I have all the faith in the world that with enough time and dedication, it will work out.

Annelise is also pursuing her interest yoga/reiki/holistic health, with hopes of starting a side hustle teaching children’s yoga/mindfulness. For right now, she’s content at her current job, which provides the health insurance and access to the team of doctors she loves. Statistically, recurrences for thyroid cancer are much more likely in the first two years (as we’ve already seen). Once we pass the two year mark, we may flip things around and have her take some time off.

And regarding our trip around the world, we recently took a two week trip to Italy/Croatia. During that trip, we realized that we both like routines and settling into a place. Moving around every week or so would have made things hard in that respect. While we still want to travel, we want to take a slower approach. One idea is perhaps getting a 90 day visa and living in Australia for three months, setting up a home base in an apartment; and maybe doing the same in Europe. 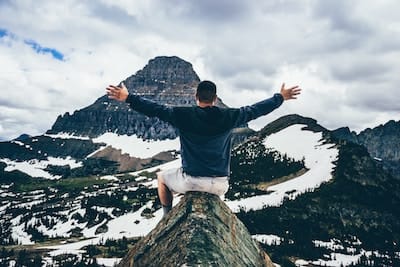 I would caveat this by saying I’ve been fortunate to have a well-paying career in a stable field. I realize others aren’t as fortunate as me, for many reasons. But there are plenty of people like me - working jobs like I was working, who aren’t happy, and who might not think there’s any way out – so they don’t ever question it. I would give the following advice to those people:

Thank you to Andrew for sharing his story! I admire your strength, positivity, and courage to leap when life is pushing you back. We pray to continued good health for Annelise, success and much joy in your future!