A week and a half ago, we were staying at a family member’s house to dog sit for a couple days over the weekend. One of our kids’ favorite things about going there is that they can watch cable. It’s a binge of Disney, Nickelodeon, and all sorts of new kids stations that didn’t even exist when I was growing up.

We allow the kids this luxury when we’re there because it’s a treat. See, at home, we don’t have cable. There’s a ton of money to be saved by cutting the cord. You can invest a few bucks in a nice antenna and enjoy the wonders of free TV. 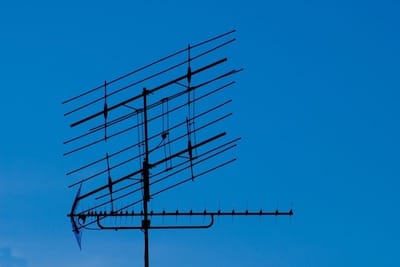 High-quality HD picture right in your living room with no monthly payments. What’s not to love?

We committed to antenna-only TV early in our marriage and felt pride in our thrifty approach to entertainment.

But years later, we discovered that our “free” TV wasn’t really all that free. We talked and made a decision to cut the other cord.

Here’s how we got there.

As our kids grew, we wanted to support “healthy” viewing habits. On weekday afternoons, you could regularly find our TV tuned in to public television. There are a ton of free and educational programs for kids. 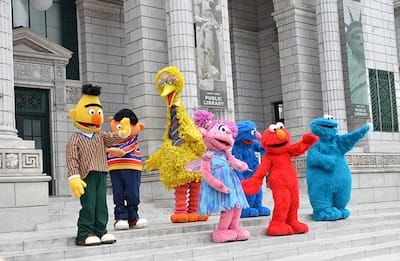 Our kids loved discovering the wonders of numbers and letters, different cultures, and wild animals. We found that public television really supported their learning and growth.

But when the weekends came around, public programming was often absent, so we let the kids tune in to Saturday morning cartoons.

The shows were bad, but Saturday mornings contained something even worse: Commercials

For every hour of over-the-air TV, you can expect about 14.5 minutes of commercials.

In those 14.5 minutes, our kids weren’t growing their minds - they were growing their wants. And their language reflected it with the two words that make parents cringe the most: “I want”

Before Saturday morning TV, we lived in blissful ignorance of the expensive (but poorly manufactured) junk peddled to children because they hadn’t been watching commercials. Once ads became a staple of our weekly screen time, so did demands for us to open up our wallets. 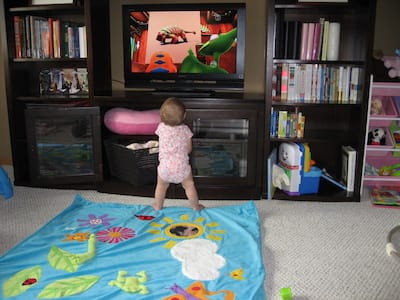 We could see our children’s attitudes changing before our eyes and it was unsettling. No longer were they content with the huge playroom full of toys they already owned. The shiny, blinky, noisy something-or-other they just saw was obviously better and necessary for their happiness.

But you can’t blame the children. After all, they haven’t yet developed the steely self-discipline we adults have.

Except we don’t really have that discipline. We’re just as susceptible to advertising as our kids.

The average American watches 5 hours and 11 minutes of TV a day. Roughly 24% of that is commercials. Do the math on that and the result is distressing.

Even the most disciplined person is going to find something in that 9 hours that tickles the want centers in their brain.

Incidentally, cable TV is ironically worse, with an average of over 16 minutes of commercials for every hour of programming. That’s right, you pay more to get inundated with an extra hour’s worth of ads every week.

While we aren’t paying for over-the-air programming directly, we’re paying for it indirectly. After all, if you’re not a paying customer, you’re probably the product.

To make matters worse, “free” TV wasn’t just secretly stealing our dollars. It was stealing our hours. (Tweet this )

Where Did the Time Go? 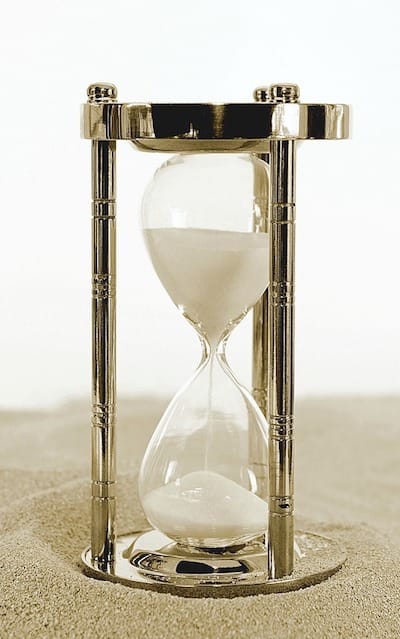 At the end of a long day, after finally getting the kids to bed and cleaning up the toy-covered playroom, Jaime and I would reward ourselves by sitting on the couch together to watch one of our favorite shows.

Even without cable, we found a number of shows that we enjoyed - with one or two each weeknight that we were excited to watch.

But somehow despite the fact that we’d start watching at about 7, we’d find ourselves crawling upstairs to bed like zombies at 11 each night.

With each of our favorite shows only lasting 30-60 minutes, how could we be burning four hours a night?

The trick was in the timing. Sometimes our favorite show wouldn’t start until 8, so we’d “prep” by watching something we were less excited about first. And if we didn’t shut the TV off as soon as our favorite shows ended, we’d see the start of something new and find ourselves wanting to see how it ended.

Without boundaries, we let TV fill our free time. It had our attention because we had lost our intention. (Tweet this )

One day after a several-hour TV binge, Jaime turned to me and said she felt like we had wasted an entire evening. We had spent several hours watching shows we weren’t really enjoying. We were more tired than when we had started and we didn’t feel any sense of accomplishment or enjoyment.

To make matters worse, while we were spending time next to each other, we weren’t really spending time together. We were both so mindlessly tuned into TV that we had tuned out on our relationship.

Between this and the barrage of advertising, we knew it was time to make a change. We donated our antenna to our church and went cord-free.

We didn’t give up on TV altogether though. Here’s how we manage our TV time now with much happier results.

How We Watch TV with More Intention and Less Advertising

You might be asking, “What good is a TV with no connection?”

We put ours to regular good use by treating it solely as a DVD player. We stop at our library every week and pick out a handful of movies for the girls to watch and one for our weekly pizza and movie night.

It can take some patience to wait for movies and shows to come out on DVD, but you’d be amazed what you can get at the library.

By hand-picking the DVDs we’ll watch, we get a double-win. We are being incredibly intentional about what programming our family is consuming and we’re commercial-free.

In addition, we downsized from three TVs to one. That means that we no longer find our family isolated in different parts of our home watching different shows. Screen time is a family activity and it forces more empathy and cooperation to watch something we can agree on.

Jaime and I also use our laptops to stream a few network TV shows. At the start of every season, we pick out the handful of shows that we are interested in and mostly stick to that set.

We can watch on our own schedule and have the flexibility of pausing when one of our kids comes in our room for the umpteenth time (instead of going to bed). 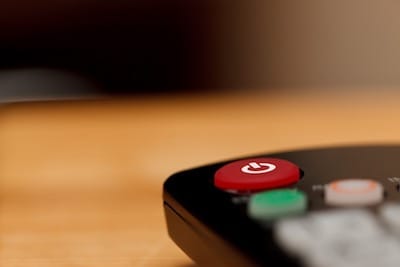 In addition, we’re better able to shut the screen off when our show is done. Live TV quickly jumps from one show to the next without your action. Streaming TV requires the conscious action of selecting another episode.

With free streaming, we are still exposed to some ads, but because our total viewing time has gone down significantly, the amount of time we waste on commercials has too.

Making these changes, we’ve eliminated the chorus of “I want” from our kids, gotten hours of each week back in our control, all while still enjoying a bit of passive screen time as a family.

Ready to Cut the Other Cord?

If you choose to cancel your cable, don’t just turn around and fine-tune your antenna.

By cutting that cord too, you might just realize how much less stuff you want and how much more time and money you already have.

How do you manage screen time in your house?