We are excited to introduce you to Laurie from The Three Year Experiment. Laurie and her family have been living a wonderful life in New Hampshire, but are looking to break out of their stable life and fuel their wanderlust! I (Jaime) can definitely relate to that! Here is how they are working towards their goal: 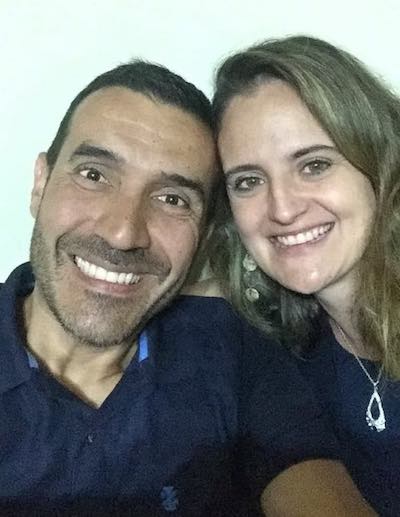 I caught the travel bug when I was 10. My parents took my sister and me all the way to the West Coast, from our home in rural South Carolina, on a ten-day vacation across California. They were interested in the wine tours; we were interested in the feeling of the wind in our hair as we rode in the backseat of our rented convertible. That trip sparked a love of travel for me: seeing new places, experiencing new landscapes, and meeting people who looked, talked, and thought differently from me.

When I was 21, I decided to move to South America to become more fluent in Spanish (it was one of my majors in college). So I headed to Santiago, Chile, ostensibly for a year, to teach English. It was there that I met the love of my life, a kind, handsome, and absolutely infuriating Chilean who now goes by the moniker Mr. ThreeYear.

He challenged me in the best possible ways (and still does!). One of the first things he asked was that I stay in Chile with him longer than my initial one-year plan. So one year turned into three, before we eventually married and moved back to the US in 2004.

Settling in the United States 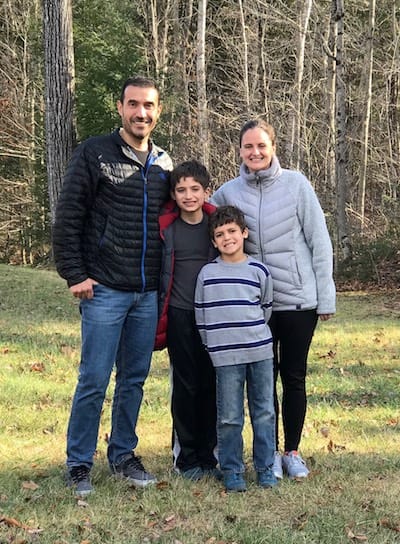 It’s amazing how the wanderlust of your 20s becomes the same-old-life-as-everyone else routine in your 30s. Mr. ThreeYear and I moved to Atlanta (where he’d gotten a stable job), bought a house, had a kid, moved to New Hampshire (where he’d gotten an even better job), had another kid, and basically settled into what we expected to be our lives for the foreseeable future.

We live in a beautiful area, a place where many people retire (on purpose!) so they can spend their golden years here. There’s almost no crime, schools that are a 10 on the Great Schools scale, an Ivy League school next door, and the amazing outdoors to enjoy: we’ve got 10 ski slopes within an hour of the house, tons of mountains to hike, trails, covered bridges, and those famous New England fall landscapes.

After settling into our life, we realized we’d made some bad financial decisions, like wracking up $38,000 of credit card and car loan debt. So we dug our way out of the debt hole over 18 months and then began slowly building up our net worth.

As our financial stability grew, our dependence on traditional employment shrunk, and we realized that we wanted a little bit more than the traditional day-to-day life we’d built for ourselves. 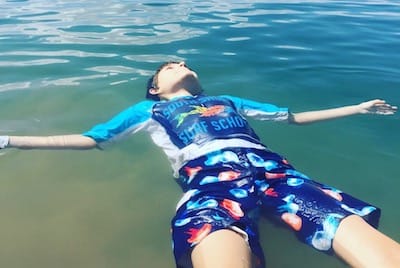 Right around my 37th birthday, I began to ask myself some hard questions. We had made and been blessed with a beautiful life, yes, but was this the life we wanted to be living? Why were we living in New Hampshire when our families lived in North and South Carolina and Chile? Were we giving our kids the experiences we wanted to give them, so that they could become more well-rounded, compassionate little creatures?

I sat down and had a long talk with Mr. ThreeYear, and it was then that our plan was hatched. We called it “The Three Year Experiment.” We’d spend the next three years, (before I turned 40) working, saving, and investing to double our net worth, and then with that financial cushion, break the golden handcuffs that tied us to New England, and travel the world, or move closer to our family.

After our experiment was hatched, I created a blog to document our progress. One thing that’s really important to note is that we didn’t have a clear plan in front of us when I started blogging. We had done the math, and based on our estimates, we would only be able to increase our net worth by about 75%, not the 100% we’d need to double it.

We also didn’t really know where we’d move after our experiment was over. We knew that if we took some time off to travel, we wanted to be finished with it in about a year or two, in time for our oldest to start high school. We wanted to settle somewhere at least semi-permanently for both boys to finish high school, and we knew we wanted that place to be close to one family or another.

We also knew that doubling our net worth wouldn’t mean total financial independence for us, although we’d be close. We planned to keep working, ideally remotely, after the experiment ended. 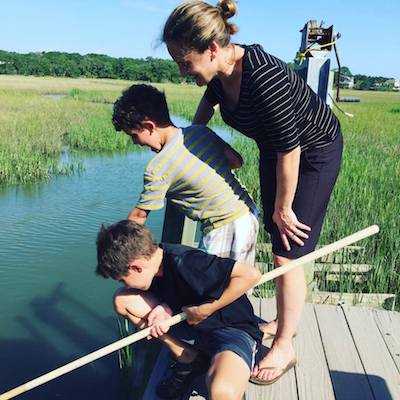 We’re just one year into our three year experiment. The amazing thing is, it’s gone better than we ever dreamed. Last year, we increased our net worth by 32%, almost one-third of the way to double what we started with (thanks, Bull Market!). I got a second part-time job (I’m an ESL Teacher) to add more money to the investing pot. We’ve also made plans to sell our house so that we can downsize and save more.

While we’re saving and investing, we’re making sure to “practice” being location independent. Over Christmas break, we spent three weeks with our family in Chile. We stayed in a small, 600-square-foot apartment to see how it felt to live in an urban area with a lot less space. It was a great experience! The kids especially loved that we were so cozy, and that Mom and Dad were close at hand.

I really related to Jaime’s post about being in Hawaii. While we were in Santiago, and traveling to the Atacama Desert in the North, I felt so light and free. All of my worries and cares left me, and I was present in each moment. That’s the thing I love best about travel. I’m fully there, experiencing each place, making memories with my family. 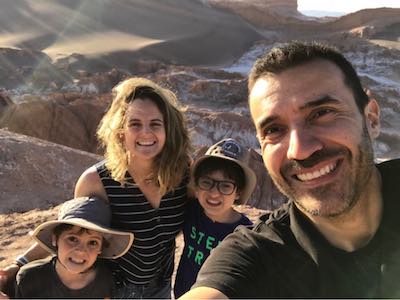 We’ve still got two more years until our “experiment” is over, but we’re busy bees in the meantime. Like I said, we’re in the process of considering selling our house and downsizing. We’ve paid off a lot of debt and are now throwing all that “extra” money into savings and investing accounts. We’re working on cutting our core expenses way down (this year, we’re attacking our grocery spending with a vengeance). And we’re thinking about and planning how to make our location independence dream a reality.

We’re really excited to see what the future holds. We still don’t know exactly how location independence is going to look for us. We’ve got several ideas:

We don’t have the answers to all these questions. But we’ve found the courage to ask. And in this past year, we’ve become clearer about what we really value as a family. It’s not a big house, fancy jobs, eating out at nice restaurants, or driving around in big SUVs. For us, having the freedom to live where we want, travel as much as we want, and gather experiences as a family trump all that other stuff.

Do You Want To Do The Same? 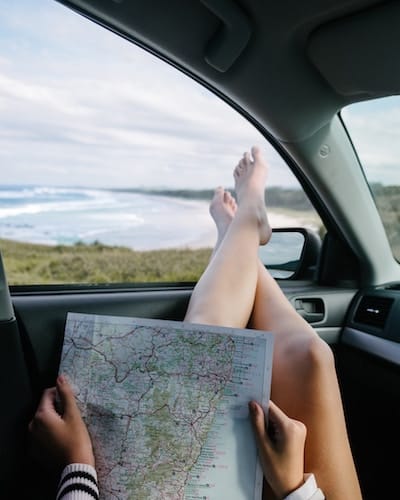 If you’re thinking about cutting the ties and becoming location independent, here are a few things we’ve learned (some, the hard way):

We absolutely recognize how fortunate we are to be in a situation where we get to choose. And part of the fun of this experiment is the work and sacrifice that we’re undertaking to get to location independence. Stretching and growing as a human being is what builds long-term happiness, I’m convinced. We’re really excited to see what the future holds.

Thank you to Laurie for sharing her story. We love that their family has experimented with tiny living in Chile and don’t know what the future holds, but are excited to be on this new journey. We’ll be following their next two years and can’t wait to see where life takes them next!